The Epic Sci-fi series the Expanse ends its run on Amazon today.  I have followed the exploits of the crew of the Roscinante since day one and thoroughly enjoyed this series.

Game of Thrones in Space

I've always described The Expanse as Game of Thrones in Space as it has a similar blend of Politics, Fighting, Technology (Magic) and Monsters.  The series has had a troubled history having begun on the SyFy then jumped to Netflix and then finally Amazon. 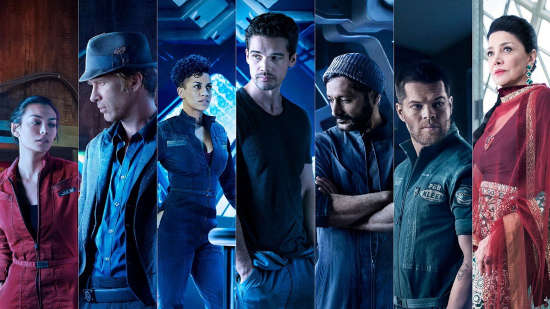 However, it has been a perfect bridge to span the yawning chasm that seperates Star Trek's far future Utopian view of the future from Star Wars gritty Space Opera.

One of the central motifs of the show is it's commitment to realism, what we might otherwise refer to as Hard Sci-Fi.  This commitment is evident in their attention to detail depicting things like zero-g, and space flight physics, but also in their design aesthetic for things like the mobile data pads.

I for one hope that we will see the show get picked up in the future as I am sure that writers Daniel Abraham and Ty Franck will continue to write stories set in this universe.