Continuing with my current addiction to Judge Dredd I thought I would try and assemble a list of the boardgames which feature Uncle Joe aka old stoney face himself.

Judge Dredd - The original Games Workshop game that got this whole mess started and the one which started my own collection of Games Workshop Bookcase Games.  Designed for kids, this game is a simple roll and move and try to arrest a random perp doing a random crime.  The player with the most victory points combination of crimes and perps wins.  This does lead to some laughable combos like arresting Judge Death for littering, but it's a fun light hearted game. 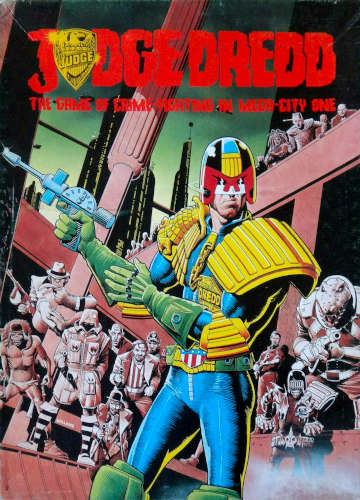 Judge Dredd The Cursed Earth - This 1 to 4 player push your luck card game sees Judges Dredd, Anderson and Giant battling various hazards and monsters through The Cursed Earth as they try to find Max Normal and the antidote to the disease that threatens Mega City One. 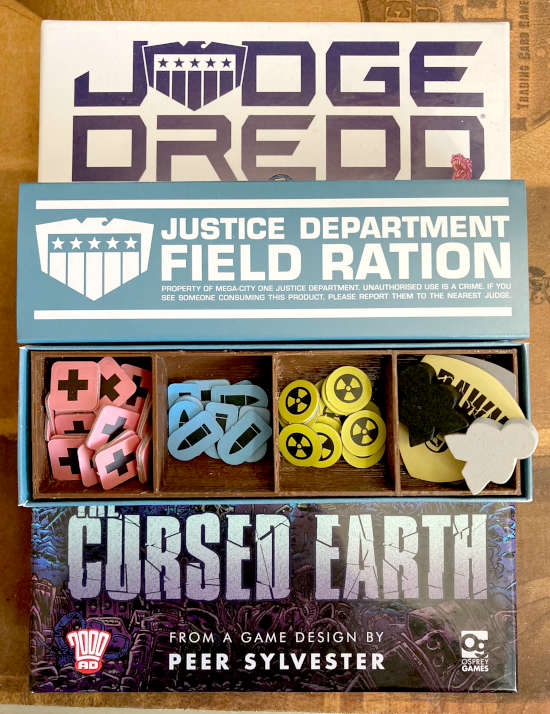 This is a super hard game and I don't think I've ever won it despite numerous plays.

Judge Dredd Helter Skelter - Less of a Judge Dredd game and more like a cavalcade of characters from the pages of 2000AD.  This is a 2 to 4 player game by prolific designer Martin Wallace (Age of Steam,  I don't own this one just yet, but it is on its way courtesy of eBay. 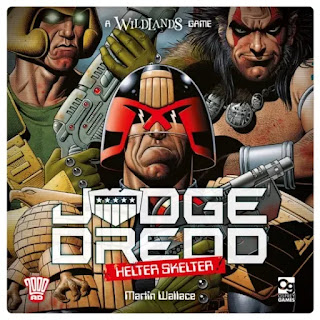 Judge Dredd Block War - Published by Game and a Curry (2018), this is a 2 player card game simulating a Block War between 2 gangs of perps.  I don't know much about it as this didn't get much distribution in the UK, but ebay has been informed and as soon as a reasonably priced copy comes up from a UK seller I'm on it. 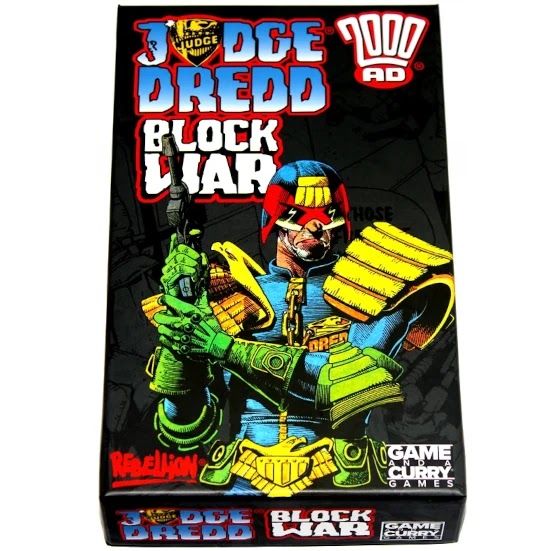 Supersurf! - A fan designed print and play boardgame for 2 to 6 Players.  This seems very familiar to me for some reason even though this was never commercially available.  Did it feature in an issue of the comic? I don't know but this is on the list of print and play games I need to make.  All the files are available for download from Board Game Geek.

Shuggy Hall Brawl - A weird tie in with Fighting Fantasy's Warlock Magazine #11 which featured an entire print and play Judge Dredd game.  It uses the basic fighting fantasy combat system and features upto 19 playable characters each with their own mission objectives.  I definitely want to play this as a mini meta game in a future Judge Dredd RPG campaign but this needs a lot of work to get it to the standard I want.  Simple things which take time to make such as individual character cards which contain the NPC stats and their goals.

That said, I am in the process of building this in 3D to use with my 15mm civillians and will update progress in a dedicated blog post once it is complete and this mega project has hit the table.  Here's a brief photo to whet your appetite.  This is going to be a lot of fun. 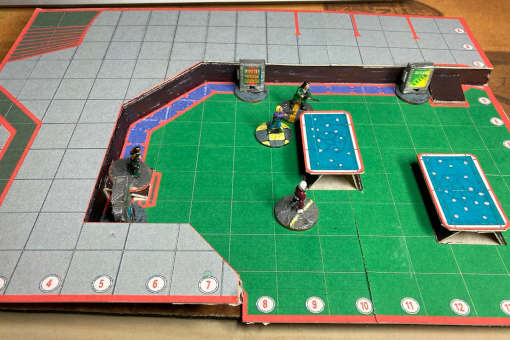 In Mega City One distributing comics is a crime but if you aren't scared of doing the time then 2000AD online has a bunch of games just for you.  These all at one time featured as cut out and play games in the pages of 2000AD.  I am dying to try Block War and see how it matches up against Block Mania.