Dungeonquest - It's a Classic!

One of my passions is the Games Workshop Bookcase format games of the 1980s.  I am gradually completing my collection and one of the games I absolutely had to have was Dungeonquest.

Dungeonquest (or should I call it Dragon Keep) 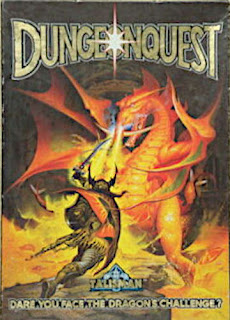 Drakborgen was designed by two Swedes Jakob Bond and Dan Glimme and licensed to a range of board game companies.  Games Workshop picked up the license for the UK and sold it as Dungeonquest.

The game is essentially a race to the center of a randomly generated maze where you grab some of the Dragon's hoard and try to get out before the dragon wakes up.  As you generate your path you will encounter variouos obstacles, dead ends, traps, monsters designed to halt your progress or rob you of valuable turns.

There is a heavy push your luck element to the game and whilst on your way out of the dungeon you won't have to face any of the monsters you encountered getting to the dragon, your path out may have been blocked requiring you to start finding a new path and encountering new monsters and traps.

Man, is this game stacked against you.  I remember playing it once back in the 80s but I didn't remember how hard it is to win.  It's a lot of fun

It's a component fest with lots of cards and tiles, 4 character models in really cheap hard styrene and plenty of plastic cones which were the defacto stat tracking counter of the day.  The component quality is classic Games Workshop, thin as you like cardboard that just wouldn't fly in todays boardgame market.

Replayability is high because every game will have a different collection of tiles in your path.  Yes, the choice of monsters is limited, but the ingenious combat mechanism means that the monsters react differently and your combat outcome will vary depending on the cards you and the monster play against each other. 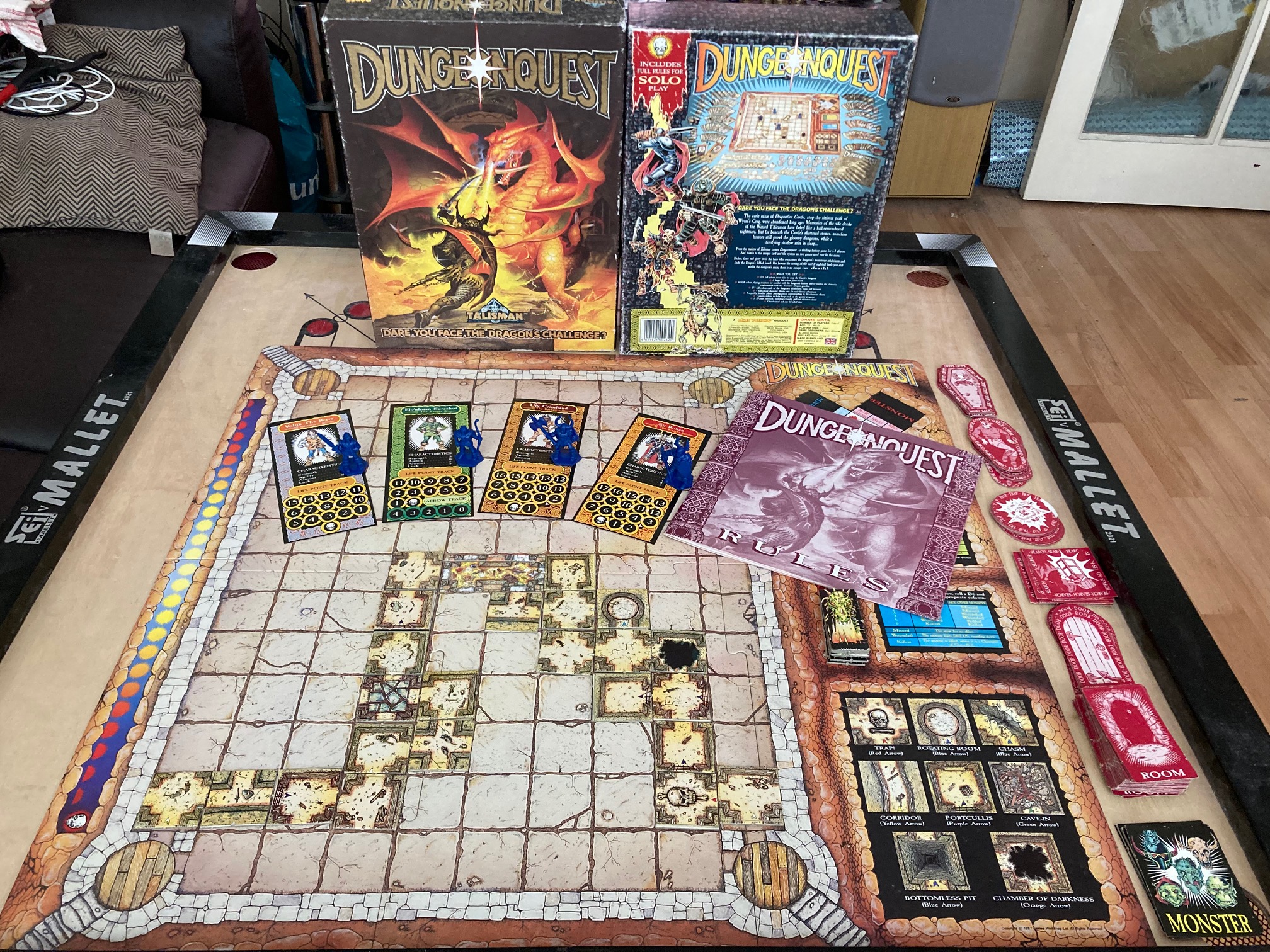 Art was provided by Gary Chalk (creator of the Lone Wolf books) and it is very much of its era.

There have been numerous reissues of this game.  It was rereleased in Sweden as Drakborgen Legenden in 2002 and in the 2010s Fantasy Flight teamed up to reissue a few of the Games Workshop bookcase games they chose Dungeonquest alongside Fury of Dracula and Warrior Knights (probably the three best games of the series).

Drakon is another random tile laying dragon heist boardgame which Fantasy Flight re-released back in 2006 as part of their silverline game range.  A super simple game which turns it from being a race to the center to get to the dragon into a race against the other players and avoid the dragon.  I also own this and for a time it was a go-to filler game if our friday night sessions started late or ended early.  It's a quick game and is so easy to pick up for new players.

The tile laying aspect of this game really floats my boat.  I'm a big fan of the dungeonmorphs concept and have created a bunch of my own tiles over the years and even contributed some art to a kickstarter and the davesmapper project.

It would be childs play to use the tiles to map out a random dungeon for use in any role playing game.  Much quicker than the famous Appendix A - Random Dungeon Generator found in the Dungeon Masters Guide (DMG) in my opinion.  I might even have a go myself one day.

Every year at Dragons Keep Roleplay Club we host a memorial trophy in honour of members who are no longer with us.  One year, I actually went to the trouble of building a 2d cardboard version of the game but with a simplified combat system and character generation which used playing cards. 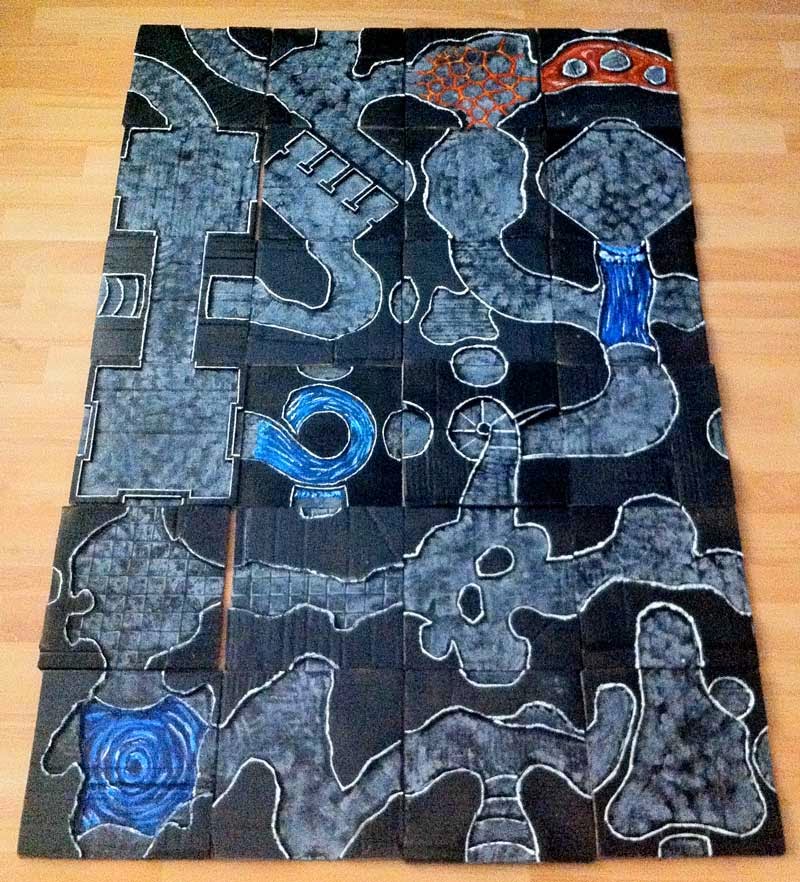