Movieweek 2022 - Week 1 - A Matrix of Saints, Settlers, Aliens and Ghostbusters

In a new series of regular posts I write about the movies I watched this week.  They could be new or they could be old but I'll watch it and in the interests of keeping these reviews spoiler free I'll white out any neat plot devices or story beats which I find worthy of a follow up in. 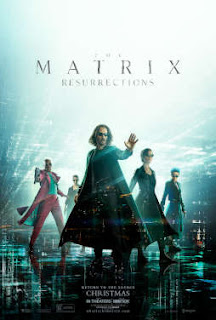 For some the Matrix was the movie that turned them on, for me it was always a bit so-so and intenionally obtuse.  However, I will concede that it was ground breaking in its visual style and special effects, so much so that the whole movie industry became singularly obsessed with creating a signature special effect for each new movie.

When bollywood made its own Terminator movie (Enthiran) you knew that the game was up, CGI had indeed made all things possible whether we wanted it or not.  TMR actually self references this in its own script then proceeds to ignore the irony and go ahead and create a new bullet time effect.

Watching the Matrix Resurrections felt, for me, like watching Star Wars: The Force Awakens, and not in a good way.  It looked like the Matrix, and had all the story beats of the Matrix, but ultimately it was a hollow shell of the original.  I enjoyed seeing some of my favourite characters return, like The Merovingian, but he was like the movie, a ghost of his former self.

I really hope that the Wachowski's can finally put the franchise to bed with this 4th installment and move on to making new stories.  If not we might just see The Matrix 5: Dead Man Walking. 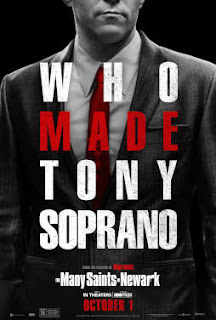 I confess to having only watched Sopranos in clip form on Youtube despite it starring one of my favourite wiseguys Stephen Van Zant.  Had I known that this was the Tony Soprano origin story I might have passed up on the opportunity and I'm glad I didn't.

The movie focuses on the crew which influenced Tony Soprano's early life and what made him turn to a life of crime.  Ray Liotta does double duty playing the Moltisanti twins, one of which has been imprisoned for murder and become a jail house philosopher and self confessed jazz nut.

A special mention goes to Michael Gandolfini, son of the late James Gandolfini, who does a great turn as a teenage Tony Soprano.  I also loved the expert portrayal of Silvio Dante by James Magaro.  He manages to recreate some of the physicality of Stephen Van Zant which resonated with me.

This was a genuinely interesting tale set inthe 1960s and early 70s at the height mob and is interwoven with the story of the civil rights movement and the Newark riots of 1967.

This was a genuinely engrossing story of youthful potential corrupted by the failings in the adults and "the life" that swirls around him. 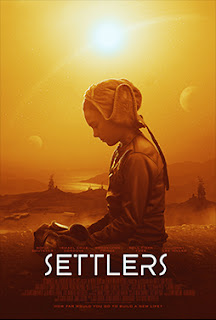 I had no expectations going into this and I'm kind of glad that I didn't.  Let me go through the good points first.  The art direction was fantastic despite what was clearly a small budget.

I've read Kim Stanley Robinson's "Mars" Trilogy which details the massive undertaking that terraforming will be and so was surprised to see people walking around without vac suits.  The location looked like a NASA briefing and I half expected the cast to stumble upon some half buried mars rover at any moment.  Clearly the location scouts had done their homework and this went some way to helping me suspend my disbelief regarding the whole terraforming thing.  I was so glad when they revealed the reason and understood why this hadn't happened earlier as it becomes a huge plot point for the whole story going forward.

The cast were great.  It's nice to see Johnny Lee Miller on screen again and Brooklyn Prince, the young actress who played Remmy, was fantastic.  Sofia Boutella did a great job in a tough role, enough to have me tracking down a copy of Prisoners of the Ghostland.  Ismael Cruz Cordova made a very convincing and mysterious bad guy and it will be interesting to see how he manages in the upcoming Lord of the Rings TV show..

However, what an absolutely depressing tale.  It reminded me of Z for Zacariah which I also found beautiful to look at but utterly depressing.  The pacing was slow and drawn out, probably intentional, as the plot unfolds at a snails pace.  The tragedy in the tale largely happens off camera giving you this anoying sense of uncertainty about what is actually going on and the the story seems to be going nowhere until the final twenty minutes or so.

I'm not saying that every sci-fi movie needs to be an action epic but this was just too slow for my liking. 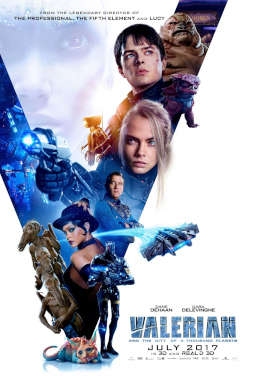 I was cruising the Netflix and stumbled across one I hadn't seen in a couple of years.  The most expensive film in European cinematic history and another collaboration of Luc Besson and Jean-Claude Mézierès based on the popular Valerian and Laureline graphic novel series by Pierre Christin and Jean-Claude Mézières.  This movie is a visually spectacle, let down only slightly by an odd plot and wooden acting from Dehane, Delevinge and Rihanna.

There are so many cool ideas running through the movie which more than make up for the ones that fall flat on their face.  Big Market in particular is a cornucopia of visuals and plot hooks with a few Besson easter eggs thrown in there.  The trans dimensional nature of the whole setting is something genuinely fresh and new.  I loved the magnetic chaser balls, the strange alien kid "Da", the gun which splits its barrel.  The pearls are cool and I especially love the dying soul wave idea which could be a great plot hook for any RPG.  Give me more please.

There is an outside chance that we will see a sequel at some point in the future (according to Luc Besson) as this was very well received by fans and despite it not being a commercial success Besson does have the ability to make a great film.

In the meantime try to find the 2007 anime series Time Jam: Valerian and Laureline which in my humble opinion is well worth a watch if you enjoy a good space opera. 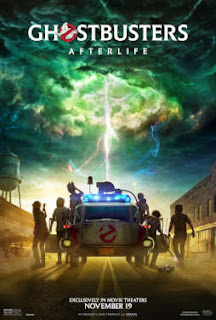 When I saw the early trailer of Ecto-1 under a dusty tarp, I hoped that this would be the Ghostbusters movie that we were all waiting for.  After a long wait I am glad to say it is and it is well worth that wait.

Whilst the movie undoubtedly reverberates with echoes of the past, it breaths new life into the franchise with new characters and new possibilities.  The story revolves around the central figure of Phoebe (Mckenna Grace), a wannabe scientist as she uncovers the truth about her Grandfather's past following his sudden death.  Her down at heel family are evicted and move to Summerville, Illinois to attend to the estate of a man they barely knew in the hope that this will lead to a change in their fortunes.

It's a story of self belief and adventure and very much reminds me of another classic, The Goonies, in that the heroes are misfits and social failures who are just trying to get to the bottom of a mystery.  In a world gone mad we need stories like this to take our minds off what is going on outside our own windows.

The cast and director deliver a nigh perfect blend of action, adventure, humour, tension and pathos with every story beat.  A complete antidote to 2016's unfunny, synical, confused and pathetic reboot.  Jason Reitman gets what Ghostbusters is about.  It's not a comedy, it's a spooky adventure with comedic moments and not a contest in who can get the biggest laugh or the wittiest punchline.  It's not about slapstick, fart gags or puking.  There's a story, a plot, real jeopardy for the characters and not just an assortment of gag sequences which when stretched out together fill out the runtime.

Ghostbusters: Afterlife (there's a good reason why they chose that title) is also an homage to legendary comic actor and writer Harold Ramis.  In his portrayal as The Ghost Farmer, Bob Gunton treats his memory with respect and reverance, a perfect way to honour a comedy legend.  The Ghostbusters family are almost fully reunited (with the noted exception of Rick Moranis) with Annie Potts reprising her role as Janine Melnitz and Sigourney Weaver returning in a post credits sequence with Bill Murray.

Paul Rudd does a fantastic job as does Carrie Coon as the "responsible adults" and the unwitting new Gatekeeper and Keymaster of Zuul.  The return of Gozer as the supernatural vilain of the piece adds the motif of unfinished business and adds an extra layer of backstory with the wonderful if brief role of Ivo Shandor (J K Simmons).  Noticeably no-one gets slimed in this movie and there is no rerpise for Slimer, instead we get a new character called muncher who looks like a blue tardigrade.  If there is a criticism to be had of this movie it is the lack of ghosts.  Something I hope they will rectify in the near future with whatever is trying to escape the failing containment unit in the dilapidated firehouse.

I am so glad that they made this movie and gave the fans what they wanted, a real ghostbusters movie.

Fun Fact: Ivan Reitman was Executive Producer on another of my favourite films from the 80s,  Spacehunter: Adventures across the Forbidden Zone, in which Harold Ramis had an uncredited role as the voice on the intercom.  Spooky.