In the megalopolis of the future one of the more popular crazes is boinging.  I couldn't help but scratch build a few boingers to harrass my players in my next Judge Dredd RPG at Dragons Keep Roleplay Club.

What the Heck is Boinging?

One of the many crazy inventions which are an everyday occurence in Mega Dity One, Boing is a miracle plastic-in-a-can which saw its debut in the Daily Star serialised adventures of Judge Dredd between 1981 and 1998 and fully fleshed out in the Prog 136 story Palais de Boing 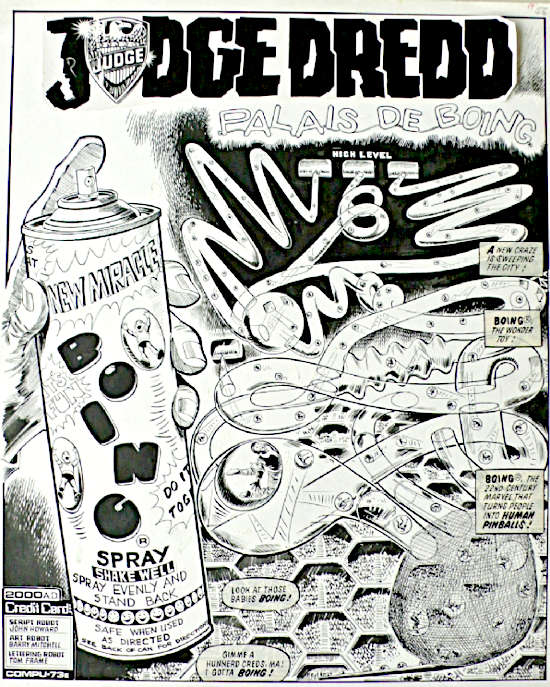 One spray with Boing encapsulates the user in a bouncy ball of plastic, turning them into a living pinball.  Within days of Boing hitting the streets the first casualties occurred it was made illegal but since when does that ever stop the citizens of Mega City One, and soon regulated and safe establishments sprang up in every sector to cater for the boing craze.  These Palais De Boing feature tubes and bumpers to really accentuate the boinging experience.

Needless to say the enterprising, and foolish, perps of MC-1 have occasionally used Boing in their criminal ventures and illegal use comes with a mandatory 20 year sentence or death as Boing is incredibly flammable.  Boing was notably used for good to encase Judge Anderson as she harboured the spirit of Judge Death.  However, the three other Dark Judges, Fire, Fear and Mortis managed to orchestrate his release.

My boingers are made from 40mm plastic fill yur own christmas baubles with hand sculpted figures made from milliput hot glued inside. 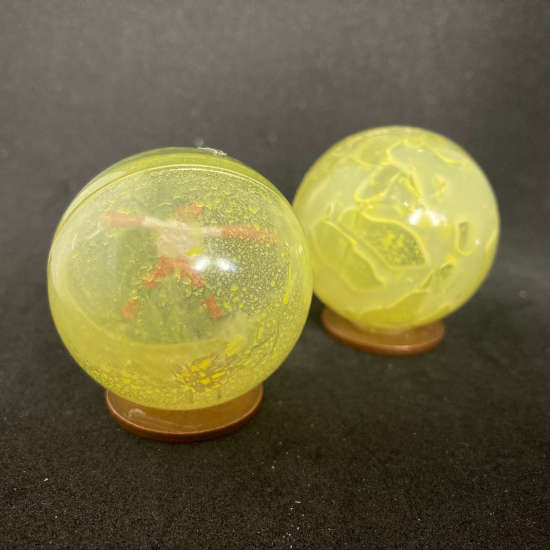 My sculpting skills are pretty pathetic and I will definitely have another go at this.  I will probably try making an armature or using one of the 15mm "Dolly" miniatures from Alternative Armies.

But in anycase the mission statement for these guys is to be a surprise encounter for my players.