I opined that the principles of dungeon building could, with a bit of imagination, be used to create any wilderness encounter.

The focus of my attention was an upcoming Savage Worlds: Tour of Darkness campaign set in the steamy jungles of Vietnam sometime during the Vietnam War (1969 to 1972).

In that article I suggested that patrols could be mapped using geomorphs or rather Junglemorphs.  True to my word this weekend I began scratching away at squared paper and came up with the first set of Junglemorphs. 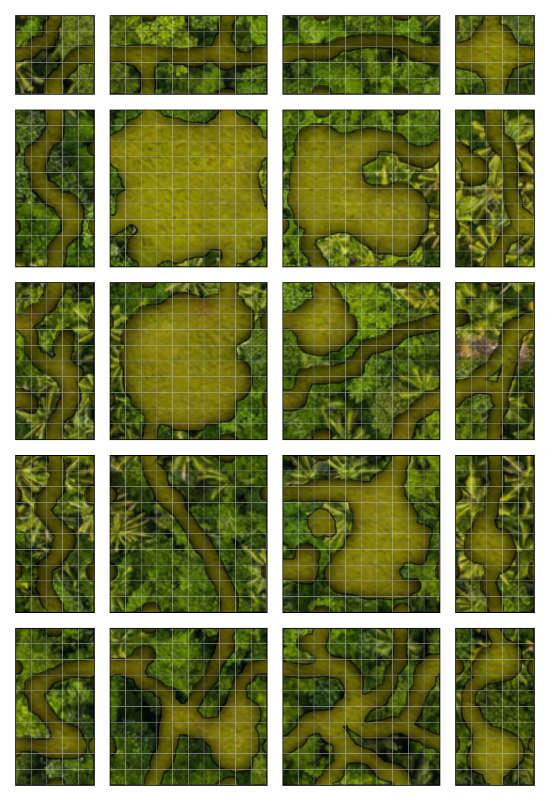