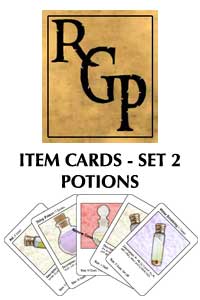 Hot off the RGP press it's Item Cards Set 2 - Potions.

28 Potions in 3 Sizes (1, 2 & 3 Doses) and each potion has a blank 1 dose card, so you can surprise your players with the "Guess the mystery potion" game.

Like all the Item Card Series, Set 2 - Potions is priced at low, low price of 1 dollar.  Includes:

I know it's been a bit quiet here at Roleplay-Geek...

Coz I've been slaving away putting the finishing touches to the first of my item card PDF downloads which is now available on RPGNow/DriveThru RPG right now.

I've been playtesting these cards in my latest campaign and they've gone down a treat.  The first set contains 112, yes I'll say it again 112!! basic Adventurer's Gear item cards plus a full set of rules on how to use them in your game.  So show some RPG love for your players and buy a copy today, it's only a dollar!!
Posted by Tony Bro001 at 19:49 No comments:

The Extraordinary Adventures of Adele Blanc-Sec

Luc Besson is one of my favourite directors and I eagerly await his latest film based on the mid 70s comic books by Jacques Tardi.  Can't wait for this one... and as hits UK screens this month, it looks like I won't have to.

Sneak Peak behind the Hobbit

Peter Jackson shows fans what goes on behind the famous door at Bag End in a 10 minute behind the scenes video. 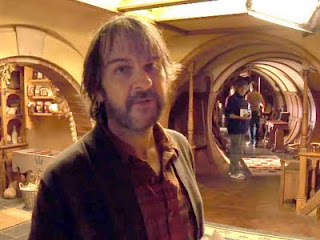 ThunderCats are on the Loose...

In a brand new series set to premiere some time in July 2011 on the Cartoon Network Here's a taste of what's in store in the recently released trailer .

My apologies for the unplanned hiatus in citymorphing, unfortunately my proto career as a blogger does not yet pay the bills.  Here's four more tiles to satisfy. 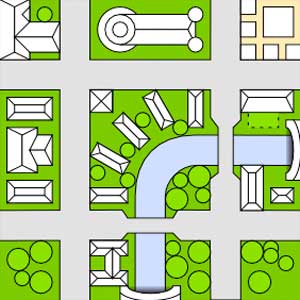 Another canal tile with a bendy bit in it.  Hopefully this will line up properly this time.  I will get round to fixing #006 Very Little Venice at some point in the near future. 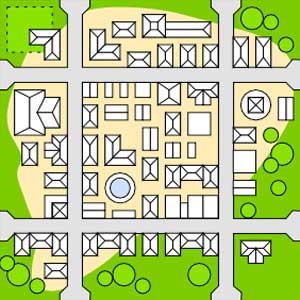 Not everyone in Morphia lives above the poverty line as demonstrated by this slum district. 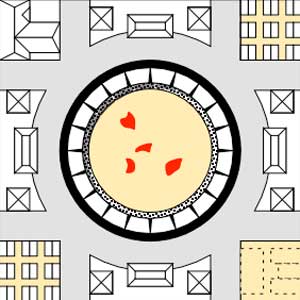 Since the Colliseum was built this smaller arena has had to suffice with smaller scale entertainments such as public executions and beast fighting. 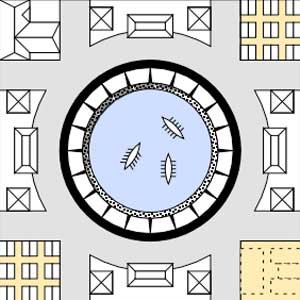 The owners of the Arena found that there are a few notable advantages to a smaller venue... It can be flooded and mock naval battles can be staged!!
Posted by Tony Bro001 at 09:00 No comments:

In anticipation of the latest series of Doctor Who hitting UK screens on the 23rd of April, Forbidden Planet are selling a new range of T-Shirts styled after the familiar attire of the 4th, 5th, 6th and 7th Doctors.

Not your usual fan shirt fare I think You'll agree.
Posted by Tony Bro001 at 21:38 No comments:

Email ThisBlogThis!Share to TwitterShare to FacebookShare to Pinterest
Labels: Fluff/Inspiration, Sci-Fi, TV, Who

3D Printing is one technology I just can't wait to get my hands on.  The possibilities for gaming in general are pretty exciting particularly in the realm of P'n'P (Print 'n' Play) where you can print your own miniatures, scenery and other game components.

I spotted these Thorn Dice this morning courtesy of the guys over at Make Magazine.  Designed by Chuck Stover (aka ceramicwombat) and available to buy from shapeways, they look strangely lovecraftian.

360Cities have put together this amazing 40 gigapixel image of the Philosophical Hall inside the 18th Century Strahov Library in Prague.

The image is so detailed that you can zoom in and read the titles on the spines of each book.  What a wonderful location for a Cthulhu Modern game.  The library is an old monastery which has many other interesting architectural features.
Posted by Tony Bro001 at 08:50 No comments: