A New RPG YouTuber Worth a Watch

From time to time the algorithm hits paydirt and suggests a video that tickles my fancy.

This is a fascinating take on the problem seen from the eyes of one black roleplayer.

My regular Friday night group, Dragons Keep Roleplay Club, is a very ethnically diverse bunch of guys and gals, but we also do not have any black players.

Is this a generational issue, because I am sure diversity among players is not an issue in video games.

The zeitgeist fueled by nostalgia vehicles such as Stranger Things would have us believe that it was different in the 80s.  The make up of the core friends conveniently mirrors that of the Ghostbusters, but the interesting thing about Lucas is that he is also our conduit to the cultural changes in the world which surrounds Hawkins.  He is confident but at the same time wants to embrace the latest trendsto blend in. 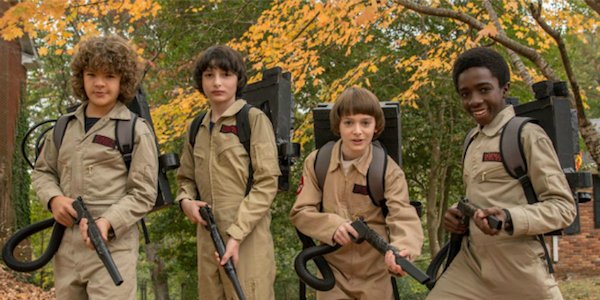 His sister was also a fantastic addition to the show.

I hope that as time goes on more black players get introduced to this fantastic hobby and they can enjoy the fun of letting your imagination run wild.

Go watch the video and like and subscribe because this is a voice I  think needs a bigger audience.