What I learned on the internet this week

I rekindled my appreciation of Klaus Teuber's Settlers of Catan this week updating my iPad with the latest version of the app, now called Catan Universe.  It's a cleaner rendition of this classic game and just as frustrating challenging to play.  However, I'm damned if I can work out how to restore all my purchases from Catan HD.  Answers in the doubley doo below please.

Of course this has meant that my YouTube recommendations are full of Catan related videos, which is how I stumbled on YouTuber Projects Electrify Weekend.  Strange considering that I subscribe to many of the DIY Science channels like Applied Science, Great Scott, Integza and of course the mad electrician himself Electroboom.  Something is clearly amiss with the reccomendations algorithm over at YouTube.

I've always lusted after a 3D Catan board and Oliver demonstrates that it's only my own procrastination that is not making this a reality.

I've kind of known about the D&D Adventurers League for some time but as I am not really into tournament play or "sanctioned events" (I had a couple of fairly horrific experiences playing living Greyhawk back in the day when the RPGA (Role Playing Game Association) had a UK presence. 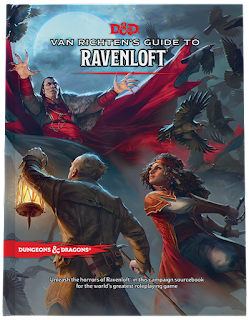 Now call me cynical but, the current modus operandi of WotC is to release mini source books and big campaigns rather than pocket money adventures which would keep your game going for the next few weeks.

It is entirely possible that rules for some characters may be spread across multiple books encouraging GMs and players alike to buy these wholy unnecessary extra books just for a couple of paragraphs or "official" rules text.

My point is that the rule of PH+1 (ie: characters must only come from the Players Handbook +1 other sourcebook) may well have been preventing the latest cool new character classes from ever seeing the light of day in organised play events.

In the case of Ravenloft, it's a whole gothic horror subgenre all to itself, which seems to be the saveur du mois (Flavour of the month) these days that could only have been hurting play.

BTW: You can download the back catalogue of Living Forgotten Realms content for D&D 4e if that floats your boat.

Well it had to happen sooner or later.  Boardgame publishing behemoth Asmodee has bought the popular virtual table top simulator Board Game Arena (BGA).  Is there nothing this company doesn't own?

Assurances have been made that BGA will continue to be run independently and the good news is that this purchase will ensure that the Asmodee catalogue of games is fully accessible to the games designers.

Thanks to COVID-19 BGA saw 600% growth which must have surely put it in Asmodee's crosshairs.  I for one joined last year and have enjoyed the ease of use and the social aspects of the platform.  Feel free to add me as a friend (Tonybro001) and am always wanting a game of Race for the Galaxy or 7 Wonders. 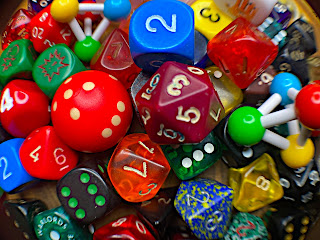 It seems like only last week I was sharing news about the new D&D Movie reboot (Ed: it was) and lo and behold national treasure Hugh Grant has confirmed that he is joining the cast of the Dungeons & Dragons movie to play the as yet unnamed villian role.

A few years ago this might have made me groan with dread as he was still being cast as floppy haired romantic idiots.  However, that was before I watched him in the Guy Ritchies excellent The Gentlemen (2019).  Frankly he blew me away with his portrayal of scheming crime journalist Fletcher.  He can turn on the machiavellian menace when he needs to so I am really looking forward to this movie.

You would have to have been living under a rock for the last few weeks not to have read something about Gina Carano being fired from Star Wars: The Mandalorian despite being the most popular character after Grogu (aka Baby Yoda).  Yes she was more popular among fans than Pedro Pascal's title character The Mandalorian (aka Din Djarrin).

Now I'm not going to get into the whys and wherefores as better pundits than I have covered this in great detail (Overlord DVD, Mike Zeroh, The Quartering, Clownfish TV, That Star Wars Girl and Geeks and Gamers) what I will say is that if you want to show your support for Gina then watch one of her older movies.

As you probably know I am currently running a Judge Dredd Campaign for my Friday night Roleplay Club Dragons Keep and so I am constantly thinking about Judge Dredd.

What joy then to hear that Penguin Random House have produced a series of Judge Dredd audiobooks based on a range of popular 2000AD characters.  You can checkout their range over at Audible.