This week's roundup of what caught my eye on the internet.

The long awaited (and hard fought for) directors cut of the panned Justice league movie was released on HBO Max on the 18th March.  This was definitely on my list of films to see although I'm wasn't sure I would be able to to manage the advertised 4 hour run time in one sitting.  Thank God for streaming services where you can resume watching from where you left off.
I won't spoil it for anyone, but if you saw the original movie and thought it were dissapointed then you are in for a real treat.  There's more bonus material in this than the original so really it is a completely different movie.
I have long argued that DC do their best work with their animated movies.  Don't agree with me, then you probably haven't seen Justice League: War (2014), Batman: Ninja (2018), Batman: Gotham by Gaslight (2018) , either Justice League Dark (2017) or Justice League Dark: Apokolips War (2020) and not forgetting Superman Red Son (2020).
I am also rarely impressed with Director's cuts.  I am a huge fan of the original theatrical release of Bladerunner (1982) as I thought Harrison Ford's Mikey Spillane voiceover added so much detail and really missed it in the Ridley Scott cut.
That said I still I hold out hope for the 4 hour long cut of David Lynch's Dune (1984). 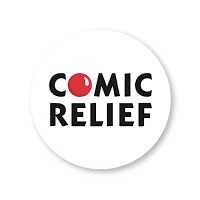 Fresh from their two successful live stream games Comic Relief are giving you all the opportunity to enter a competition to win a seat at an epic two day Live D&D event at Warwick Castle.

The game will be hosted by Mark Hulmes (High Rollers D&D) plus other Renaissance Fayre style events like a jousting tournament, the chance to win a handcrafted sword, a falconry exhibition and learn how to fight like a hero from medieval experts.
You can donate on the Comic Relief website and the competition closes on 4th April 2021.

Gaslands (mad max with matchbox cars) has been a bit quiet since the epic launch of Gaslands Refuelled.
This week saw the release of TX4 - Wasteland Survival Handbook which is essentially a series of 6 scenarios which form a wasteland campaign.  This is not a huge update, there are no additional factions for example.  Instead it focuses on building a system for running a championship tournament.
It's all about flavour and whilst fans have been stringing race series together since the game was published three years ago, TX4 brings a canonised version to your game.

I'm a big fan of Gaslands and it is by far my favourite set of post apocalyptic car combat rules (believe you me I've tried em all).  When my club Dragons Keep can host one of its famous Game Day events following the relaxation of lockdown, I will be dusting off my Gaslands Cars and enjoying some car carnage.

We now have a YouTube channel which we can use to show off how awesome our club and its members are.  Expect regular content updates once we are back in our venue and we can take some video footage of our fantastic facilities.  To whet your appetite here is a little video featuring some of the modelling prowess of our talented miniature painting members Sam & Tony.  (Ed: they paint miniatures they aren't miniature members!!)

I've never had a problem with people copying what we do at Dragons Keep, after all imitation is the sincerest form of flattery.  Especially when you are unimaginative and not very creative.  As they say "you've got to keep up with the Dragons Keep" isn't that right Mrs. Jones.
Posted by Tony Bro001 at 09:35