Well my obsession with 15mm Judge Dredd hasn't waned and I have been busy with the old brush painting up a storm.

The Roman poet Juvenal is alleged to have once said of the Roman people, "Give them Bread and Circuses".  An astute observation that it is much simpler to way to generate public approval by diversion, distraction or by satisfying the most immediate or base requirements of a populace than to , actually provide a public service or create great policy.  This is definitely the sort of thing Judge Cal would have approved of and, to be frank, is a practice readily condoned by the Justice Department, who charged with the responsibility of maintaining law and order in Mega City One need every trick in the book, however old.

Part of that entertainment is the double edged sword that is the roving media teams that seem to pop up at every public event no matter how small.  In fact the demand for constant 24hr coverage has led some unscrupulous channels to hack into the municipal eye in the sky surveillance system just to meet the demand for new content.  This raw feed has led to them feeling the wrath of the Justice Department and tampering with city infrastructure carries a heavy sentence of 10 years.

Most media organisations like to do it the old school way and hire crews who roam the city looking to feed their daily quota of content.  Here are three such teams of reporters, camermen and hover cams ready to report for duty and capture the mundanity of life in all it's technicolour, Tri-D TV glory. 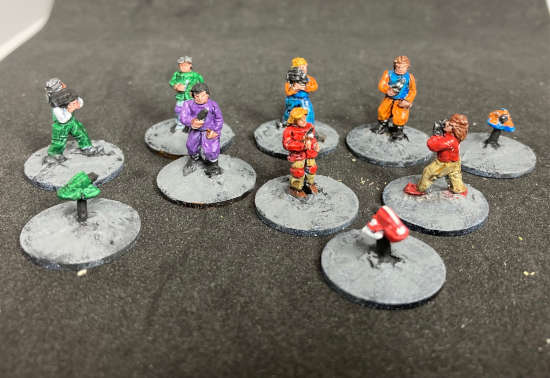 Cult of the Octopus God

Below City Bottm lies the Undercity.  The concreted over remains of 20th Century New York, home to the troggs, scavs and muties who have built their own rudimentary society in what is left of the old world.  Some of these unfortunates band together in packs, drawn together by a sense of family or a shared mutation.

One such group are the Cultists of the Octopus God.  The unspeakable Elder God who sleeps in an underwater city waiting for the moment when the stars align.  Then and only then will he arise and conquer the surface world devouring all the humans who stand in his way of total domination.  Well at least that's what it said in the guidebook... 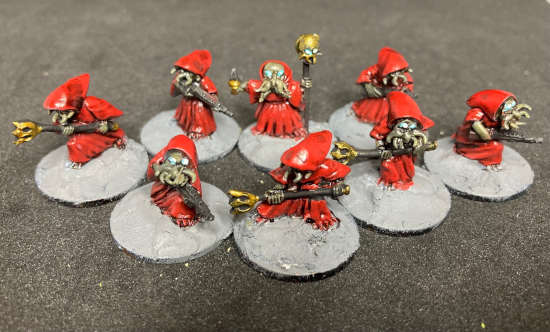 The Galaxy of the 22nd Century is a pretty big place and Mega City often features as an interesting holiday destination for alien species from far and wide.  However, it also attracts its fair share of unwanted attention from the numerous warlike species who see it as a crowning jewel to add to their burgeoning Empire.

The Dragonites heard about Earth from their reptillian cousins the Kleggs who had suffered an embarrasing defeat at the hands of one human lawman.  They fled Earth some time ago and speak in hushed tones of the one they call "The Dread".  Dragonites are of course made of much sterner stuff than Kleggs, better armed, more resilient and with a brain the size of an orange, they are much cleverer to boot. 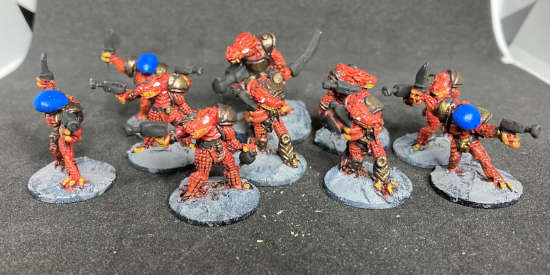