Happy New Year to all of you out there in RPG Blogging land, especially to those members of the RPGBN and RPGBA who have been along for the ride over the past 12 months. 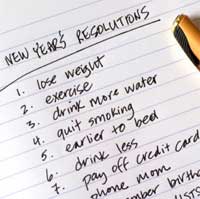 1.  Be a Player and not a GM - In 2011 I spent most of my time (33 weekly sessions) GMing my C&C campaign which took up most of my freetime.  I don't know how other bloggers manage to fit two or three campaigns into a year, but one was enough for me.  Playing games rather than running means that I have more time to put thoughts onto paper (or screen) and develop ideas for future games.  I suspect that I'm no different to a lot of other gamers in this respect, I need a playing sabbatical in order to recharge my batteries.

2.  Read More and Play Apps less - I have been seduced by a number of really cool app games over the last year which have taken over my daily commute and turned me into an iOS zombie.  I used to read on the train but now I can be found playing drawrace or some other equally addictive timewaster.  I have a huge stack of books beside my bed which I really ought to get through.

3.  Re-skin the blog - Although this blog is cool it looks pretty scruffy and amateurish in comparison to other blogs, my day job is in the web so it's actually quite embarrassing at the same time that I've not done anything about the CSS or branding on the site at all.  This year I hope to smarten things up.

4.  Publish more - becoming a self publisher has been a blast so far and I have a number of projects which are in several stages of completion.  This year I really must pull my finger out and get them published.
Posted by Tony Bro001 at 11:11

Email ThisBlogThis!Share to TwitterShare to FacebookShare to Pinterest
Labels: Resolutions