For a while I've been worried that the hobby (and to some degree popular media) was descending  into a a pit of bile and hatred.

So I'm going to start off this year by reminding everyone that: 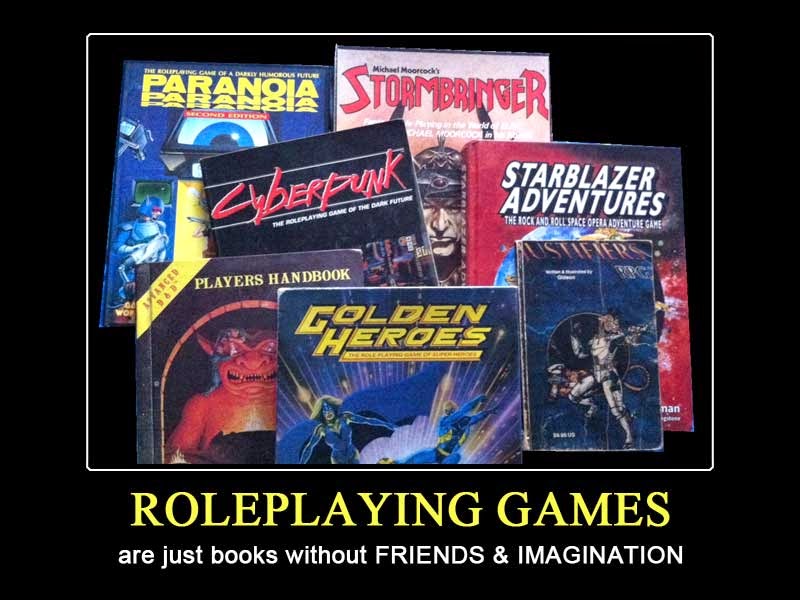 By this I mean that they are a framework around which you hang your shared experience with your friends.  They don't tell you:

Who can or can't play the game - Yes, the artwork contained inside the books may give off the same sort of vibe as 1980s Heavy Metal albums, but to be honest they're just visualisations to give you ideas of what one possible world may look like.  Frankly, I don't care if you're female, black or transgendered, I want to give you the opportunity to be part of my world and through the various challenges I set, collectively explore and change it.

What characters they can play or how they play them - Yes there are classes and races, but these are just framework suggestions.  As a DM with 30+ years of experience I don't want you to slavishly follow those, I've seen them a thousand times already.  I want you to choose what you want to be and add flavour to my world.

How to play the game - Yes, every rulebook contains an example of play demonstrating a game in progress, but you only learn how to play by interacting with the other players and DM.  There is no right or wrong way to play an RPG, but there are plenty of player behaviours which can make playing a game a horrible experience.  If you're a new player you might want to consider "rules" but the DM and players ultimately choose which ones to follow and which to ignore.  I've yet to play in a group that hasn't had at least a handful of house rules.  My own preference is that as long as things appear consistent then any rule can be chopped in favour of cinematic style.